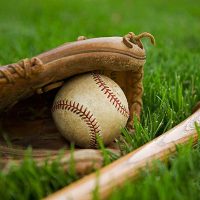 Fact 3:
Cal Hubbard is the only person credited in both baseball and football hall of fame.

Fact 4:
The first baseball stadium built in the U.S was Forbes field in Pittsburgh.

Fact 5:
The first rule book of baseball was issued in 1877. And it has been changing every year since then.

Fact 6:
Baseball is considered the national sport of US.

Fact 7:
Nolan Ryan had the longest career in baseball history that lasted 27 years.

Fact 8:
Doc Medich who was studying medicine while playing for the Texas Rangers, was able to save fan’s life from a heart attack.

Fact 10:
The national baseball hall of fame was created in 1935 in New York to celebrate the baseball 100th anniversary.