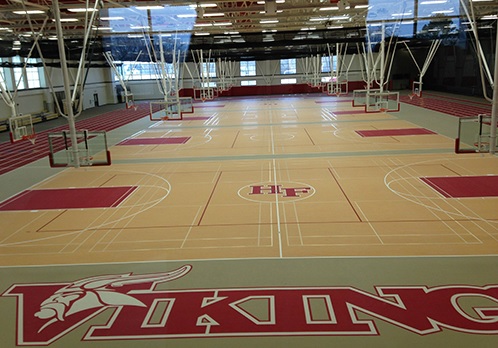 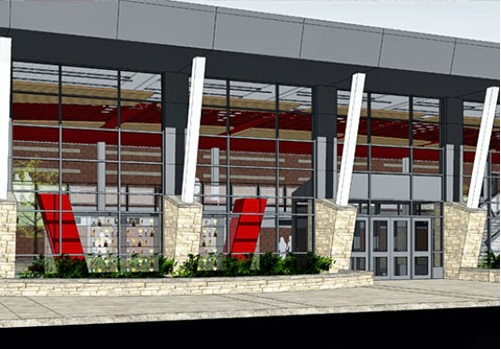 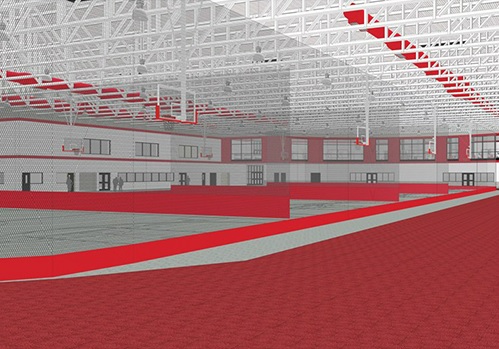 About the Facility
The Homewood-Flossmoor Community School District has been preparing for the past several years to implement the next phase of its strategic facilities plan, focused on the campus’ North Building, which opened in 1973. The renovation began last winter and was completed on March 1, 2014. The project included refurbishing many areas of the North Building, including the student cafeteria and gymnasium. The fieldhouse was expanded to allow for additional and more convenient programming for the students for the next 50 years; the increased facility size and amenities allow for more usage opportunities for the greater H-F community. The renovation was approached with the high standards of excellence the Homewood-Flossmoor community demands and deserves.

The renovation was designed to allow the fieldhouse to host multiple events simultaneously. This means that teams and groups will be able to compete in their sport or activity rather than with each other for facility space. Overlooking the 200-meter track and four full-sized courts is a new 9,000-sq. ft. fitness facility, featuring state-of-the-art cardio and training equipment. A new 40-yard indoor turf will expand the playing and practice season for a variety of field sports and activities, including football, soccer, field hockey, baseball and marching band.

What the Customer Has to Say
Nick Papanicholas Jr. from Nicholas and Associates said, “Kiefer USA’s installation of the Mondo surface at Homewood-Flossmoor High School is the finest we have ever been associated with. Their professionalism and attention to detail is second to none. I would have no hesitation in recommending them to any School District for all their athletic surfacing needs.”

About Homewood-Flossmoor
Homewood-Flossmoor Community High School opened in 1959 with an enrollment in all four grades of 1,170 students. There were 51 classrooms, 51 staff, four major buildings and no computers. Today, there are 153 classrooms, 300+ staff, 12 major buildings and more than 1,500 computers. With plenty of space on the 95 acres that comprised the campus, a football field and track were added in 1961, and four tennis courts in 1962. In 1971, the North Building and field house opened when the student population topped 4,000.